I Ching, the Book of Changes, is an ancient Chinese text for divination. The I Ching operates on multiple levels simultaneously: it can be definite and shifting, symbolic and psychic. It has been influential in Chinese philosophy and culture, forming the basis for concepts like Feng Shui and Confucian thought. It's has also played an influential role in Western philosophical traditions, particularly in the Jungian psychoanalysis, and in the writing of Allen Ginsburg.

I Ching is a source of inspiration in contemporary art as well, appearing in the oeuvres of artists like Walter de Maria, John Cage and Yoko Ono. The central idea that has drawn interest for millennia is the notion that chance contains within it some divine intent, and that chance is the fundamental generative force of the universe.

In a spare composition, Aranka Israni considers the I Ching at its formal level, accessing its meaning as a series of notations, while also suggesting its possibility as a language - as signified and signifier. Israni’s work is made up of the sixty-four individual hexagrams that form the central axis of I Ching. Each one possesses a yin or yang energy, and each one refers to some cosmological idea or concept.

The artist’s choice of materials suggests a personal story permeating her philosophical inquiry. Israni uses acupuncture needles to make each symbol. The needles pierce paper as they would skin. These different symbols are an alphabet of sorts, a way in which to communicate with a universal energy, and in turn allow that energy to reply. Israni is contemplating how meaning and journeys are manifested through the coalescing of language – how one letter placed after another is not only a path to reading, but a manner of traveling.

Finally, these pictures are a denial of centrality. Each one, equal in importance and potential, allows for an ever-shifting weight, where there is no hierarchy of object, image or narrative. In this sense, I Ching is a denial of singularity, and a call to the margins.

Written by Avni Doshi - writer and art historian based in Dubai and New York. 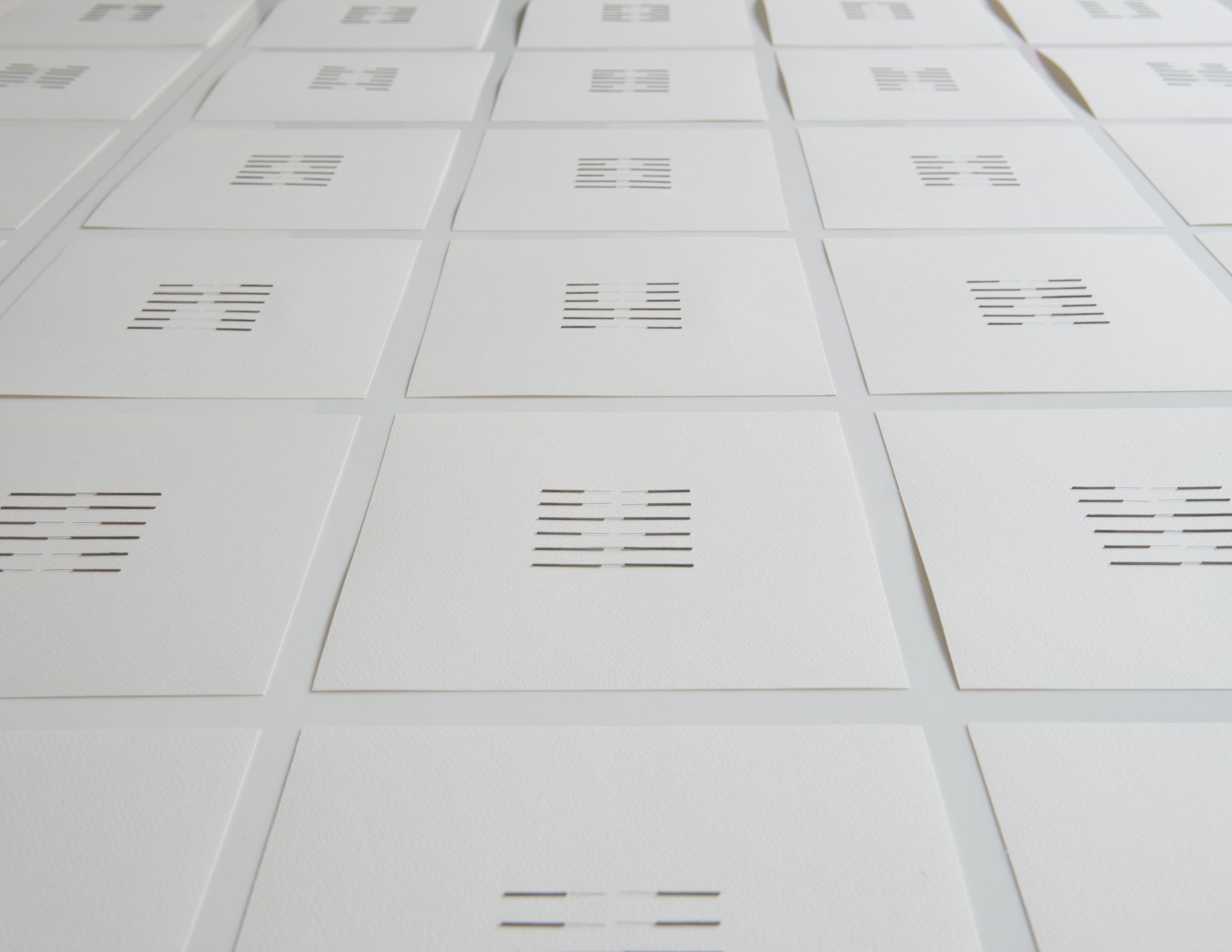 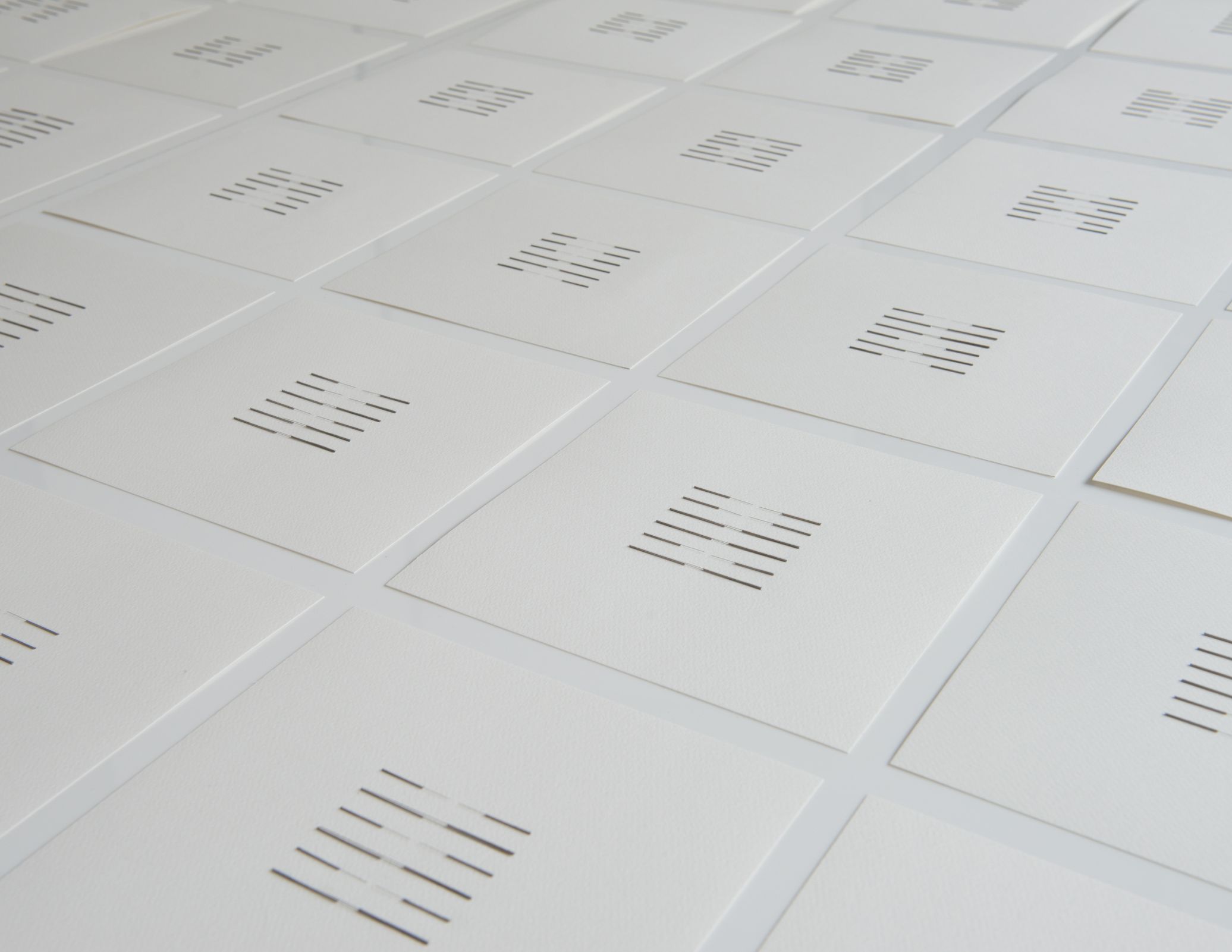 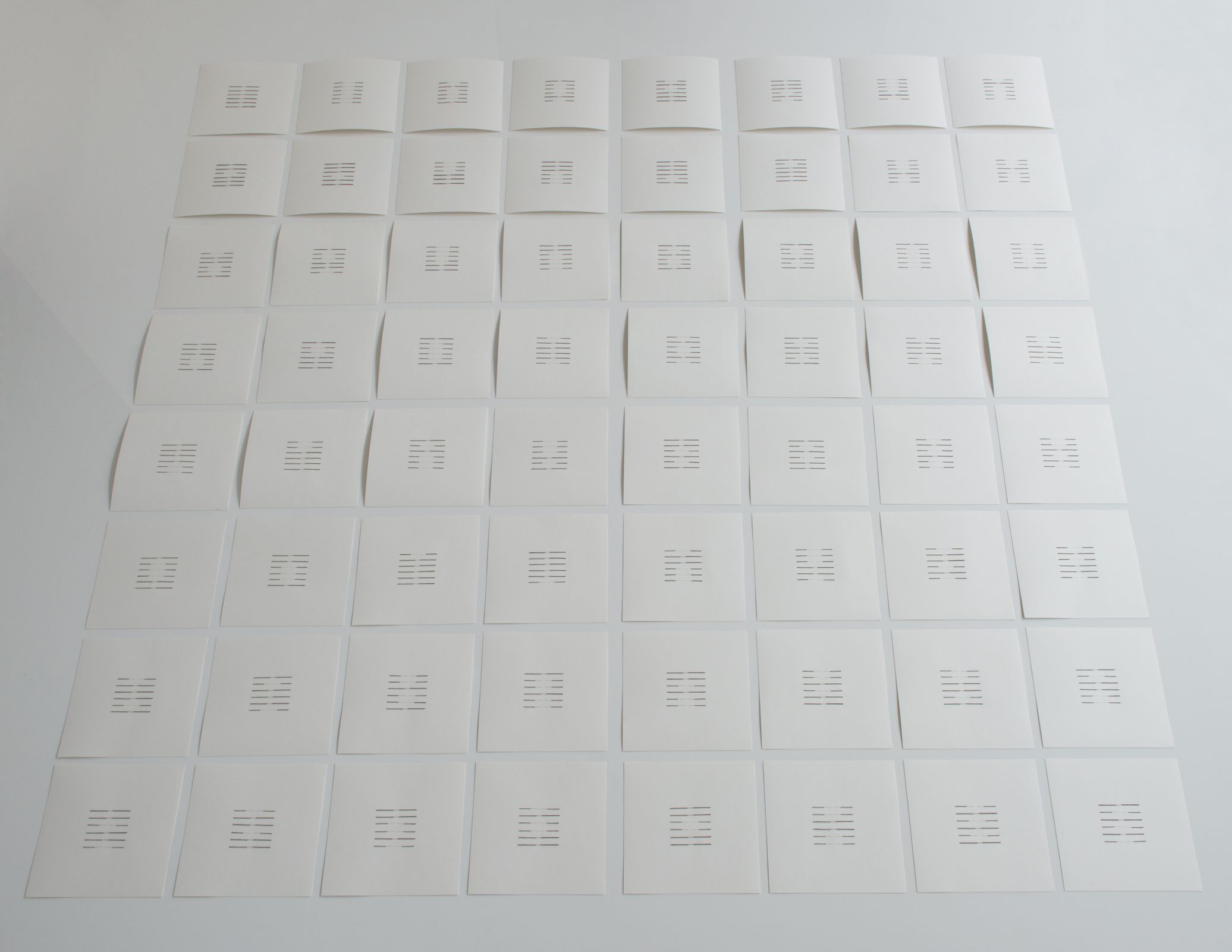